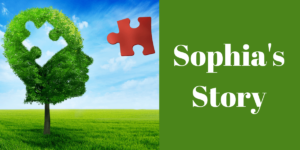 Diagnosing childhood mental illness has always been controversial. In children, it is hard to distinguish between the normal everyday ups and downs of growing up and the symptoms of mental illness. What psychiatrists now know is that children present with mental illness differently than adults do.

One problem in diagnosing childhood mental illness is that many times the symptoms of several different disorders overlap. The overlap of symptoms makes finding a definitive diagnosis a tedious and disheartening process of trial and error.

When I shared a two-part series on pediatric bipolar disorder, a mother reached out to me about writing a blog post concerning the difficulties of diagnosing childhood mental illness. Today I share that mother’s search for a proper diagnosis for her daughter. The mother has chosen to remain anonymous, so for the purposes of this post, she will be called Sophia, and her daughter will be called Rose.

I want you to hear Sophia’s voice as you read her story. She is a mom who never gives up even as she continues the exceedingly arduous journey of seeking a definitive diagnosis and treatment for her daughter, Rose.

Rose came into Sophia’s life through the foster care system. After years of infertility, Sophia and her husband went through the process to get certified to foster and adopt a child. Rose was almost three years old when she and her big sister, who was 11, came into their family.

From the beginning, the agency informed Sophia and her husband about Rose’s history of extreme neglect and the numerous drugs and alcohol found present in her system when she was born. Sophia already knew that Rose was severely delayed in her speech and language development. The agency also informed them that Rose’s family had a history of mental illness, but Rose had not been diagnosed, and she wasn’t on any medication.

According to Sophia, “Even with the heads up, her Dad and I were not prepared and did not fully understand what all that information might mean as we moved forward. I realized from day one that she wasn’t like the other preschool children I had previously cared for who had a healthy start in life. She was much more like a very hyper baby who could run like the wind and had zero fear of consequences. Of course, we already loved her and her older sister like they were our own biological children, and I still wholeheartedly believe God intended them to be a part of our family, so we went ahead with the adoption.”

Rose was very hyperactive. We’d take her to the park, and her little bottom wouldn’t touch the swing or seesaw for two full seconds before she was running off to the next thing.

She was hard to sooth when she didn’t get her way, and her tantrums would last for over an hour. She did fine when she was the only young child around and things were extremely structured and calm, but since I became pregnant shortly after she moved in—those times were rare.

Rose would run into traffic and jump off high things. We had a mirror in the bathroom that she’d run into repeatedly and just laugh. At times, we were terrified for her and her two little sisters because although she never intended to hurt anyone, she sometimes did.

When we tried enrolling Rose into the private preschool her big sister attended, she couldn’t understand or follow the rules. There were a couple of incidents of her accidentally hurting kids with her impulsiveness. She seemed to be disrespectful to teachers, but she just behaves really silly when she doesn’t know what to do or gets overstimulated.

In addition to ongoing speech and language therapy, my husband and I talked to two pediatricians, and at six years old, we decided to try medication to treat Rose’s symptoms.

The first medication the pediatrician tried was a stimulant for attention-deficit/ hyperactivity disorder (ADHD). It was a terrible experience, so we quickly discontinued that medication. We went to several child therapists and even drove three hours away to see a psychologist. It wasn’t until we found her current doctor, a pediatrician who specializes in behavior disorders, that we finally started seeing improvements in Rose’s symptoms.

Honestly, even now at 12 years old, we still have an alphabet soup of diagnoses for Rose, and the specialists don’t always agree. What is agreed upon by everyone is Rose has attention-deficit/hyperactivity disorder (ADHD), autism with cognitive delays and a mood disorder. At first, they diagnosed Rose with bipolar disorder, but now they refined that diagnosis to dysmorphic dysregulation mood disorder (DMDD).

We also know that Rose suffers from attachment disorder, anxiety and depression. They also diagnosed her with obsessive-compulsive disorder (OCD) and oppositional defiant disorder (ODD). Those diagnoses are harder to nail down because the symptoms overlap.

I think the most frustrating thing for me was navigating the healthcare system.  Rose has Medicaid since was adopted through foster care. Most of the child psychiatrists and psychologists don’t accept Medicaid.

At one time, there was only one child psychiatrist that took Medicaid who was seeing new patients. He served many parishes, and to put it mildly, he did not offer the level of care you’d want for your child.

So, it’s usually left up to regular pediatricians to diagnose and prescribe medications for disorders they are inadequately trained for. They do their best, and sometimes it’s the only option, but it’s not ideal.

Each child should have a treatment team that includes a child psychiatrist to handle medications, a psychologist for testing and diagnoses and a counselor and/or a therapist, depending on the child’s specific needs.

Unfortunately, unless you have a wealth of resources and great insurance, most kids do not receive adequate treatment. The system is broken.

The overlap of symptoms in many mood disorders makes diagnosing childhood mental illness and neurological issues particularly hard. The symptoms look similar in several disorders, so choosing the right medication is a matter of trial and error.

It is not simply that you have Diagnosis A which you treat with Medication A or B. Everyone’s brain chemistry is unique and will respond differently to treatments and medications. It can be an exceptionally long and disheartening road for the child and their caregivers to find the right combination of medications.

Stimulants and traditional mood stabilizers don’t work for Rose because they heighten the symptoms of her autism, anxiety and obsessive-compulsive disorder (OCD). The combination that is most effective is an antipsychotic often used for autistic tantrums, a blood pressure medicine used off label for attention-deficit/hyperactivity disorder (ADHD), and a selective serotonin reuptake inhibiter (SSRI).

In the last year, cognitive-behavioral therapy has helped Rose learn self-soothing techniques and has given her the tools to redirect her thoughts—which is huge! The struggle is to apply those techniques when Rose is upset or nervous.

In some regards, Rose is a typical almost 13-year-old. She loves fashion, arts and crafts and animals. She likes to decorate her room and wants very much to have friends.

Rose can make herself simple meals, do chores, and drive her grandfather’s all-terrain vehicle. When she grows up she wants to be a hair stylist or someone who renovates homes.

When she is older, Rose plans to have a silver Maine coon cat and a garden.  She would like to adopt a child of her own someday.

As a middle schooler, Rose is often unhappy and frustrated. She wants a close friend and feels left behind and different from her peers.

Rose often cries at school and visits the counselor’s office every day. She would rather be right next to me or her grandmother than hanging out with other kids.

Unfortunately, Rose receives negative consequences more often than her sisters because of her disobedience. I worry it makes her see herself as bad.

Rose also struggles to maintain passing grades in all subjects, even with the help and support she has at school. And as much as the medication has helped her, she also deals with side effects like tiredness and weight gain. She is a very caring child who loves her family, but her life is hard.

When I asked Sophia what advice she would give to parents struggling to get a proper diagnosis and care for their mentally ill child, this is what she had to say:

Don’t give up! Be your child’s advocate and their voice! I am a people pleaser by nature, but I’ve learned how to be loud and persistent when I need to get my child the proper resources.

Do not compare yourself to other parents or your kid to other kids because it’s a trap. It will make you put undue pressure on yourself and your child. You must do what you think is best for your family and ignore the mumbles of people who simply don’t know what they are talking about. Everyone has an opinion, but at the end of the day, it is about taking care of your child and yourself.

Even as you tirelessly advocate for your mentally ill child, don’t forget to take care of yourself. Support groups are wonderful, date nights and alone time are super important, but if all you can do is eat tear-soaked chocolate in your closet and keep putting one foot in front of the other—I am proud of you and you should be too! Parents of mentally ill children need a lot of resets and do overs, and that’s okay. You and your child are mighty warriors and don’t forget it.

When I asked Sophia what she wished every parent knew about childhood mental illness, this is what she had to say:

I wish everyone would see the child before the diagnosis. That people would realize that if a child is acting out or acting weird, it’s not just because they are trying to be bad or give you a hard time.

Every child starts out wanting to please and needing love and connection. You sometimes must look beyond those troublesome behaviors that are unsettling or annoying, so you can see the individual. The mentally ill child is often caring, creative and talented. They just wired a little differently. Regardless of their individual personalities, every child has value, and every child needs positive interactions.

Read part one of Rachel’s story for an in-depth look at pediatric bipolar disorder, and read part two to find out tips for parenting a mentally ill child. 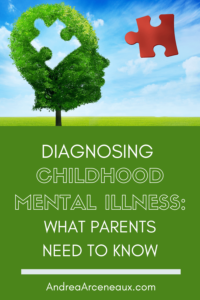