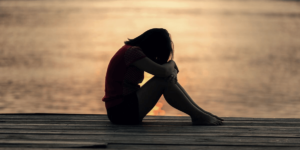 Hi. My name is Andrea, and I am a survivor of childhood sexual abuse. Those words were difficult for me to type.

Three years ago I attended the Still I Rise Women’s Abuse Survivors Conference in Lafayette, Louisiana. The testimonies I heard completely overwhelmed me. I felt I had nothing of value to add to the conversation. But then God whispered in my ear, “You need to share your testimony. People need to hear your story.”

That message was confirmed when the organizer of the conference, Shermane Reed, asked me to share my testimony the following year. It was an empowering day for me, especially when women thanked me for sharing my story because it validated their own experience.

The story of my experience with childhood sexual abuse is not typical. I was not raped. I was not habitually abused. When you read my story, you may even think nothing really bad ever happened to me.

In a way, you are right. What happened to me could have been a lot worse.

My story doesn’t read like a made for television movie. There are holes in my recollection of the events that occurred. There were two separate instances of sexual abuse that occurred in my childhood, and I always remember those two events as if they happened days apart, when in reality that version of events is not even plausible.

So I will tell you what happened to me, although the actual timing of the events is cloudy in my mind. Both occurrences of sexual abuse took place when I was around ten years old. I narrowed down the timeframe by remembering the friend I told about each incident and the window of time we were friends.

It was summer the first time I was sexually abused. I was swimming in my swimming pool with one of my male teenaged cousins. He backed me into the steps. He touched me between my legs and asked casually if I liked it.

I remember saying, “No,” but I don’t remember getting out of the pool. I believe I got away quickly. This happened almost forty years ago, but I still remember how it made me feel. My ten-year-old self tried to process my first experience with sexual touch with no clue what that even meant.

I always remember the second time I was sexually abused as being Easter time. My family was at my uncle’s house for a barbeque. The kids were playing hide and seek, and a different male teenaged cousin followed me to my hiding place.

He took my hand and placed it between his legs. He had an erection. Things get fuzzy after that, but once again, I believe I ran away quickly.

For years, the narrative I told myself was that I was lucky. I had gotten away both times my cousins sexually abused me, but had I? I talk a good talk, but the story of my life tells a different tale. I have minimized what happened to me, especially when faced with the horrific testimonies I hear.

The truth is, I didn’t get away. Those two incidents—which may seem minor to an outsider—have followed me throughout my life like a ball and chain. The aftermath of the abuse has affected almost every area of my life.

1. I have an imperfect memory of the childhood sexual abuse I experienced.

The Me Too movement has encouraged women to stand up and share their stories of sexual abuse.  I applaud these brave women, but I am disgusted by a terrible trend that has developed. Other women vilify the women who share their stories if they don’t have a perfect recollection of the abuse, as if it negates their entire story.

I am an unreliable narrator of what happened to me. My memory of the sexual abuse I experienced is imperfect, and I think that is a good thing. The mind is one of God’s most beautiful creations. It compartmentalizes things for us we cannot process. That is God’s way of protecting our hearts. Our mind hides or erases the memories that are too painful to relive, so we can move forward in life.

2. It is my ten-year-old self who processes sexuality and sexual intimacy.

Whether you were habitually abused, or were molested only twice, your brain chemistry changes at the moment you were violated.  A piece of you breaks off and stays the age you were at the initial episode of the abuse. In my case, I was ten years old.

I am a middle-aged woman, and I still have a hard time having a conversation about sexual intimacy. Sometimes, when my husband touches me a certain way,  I cringe and hope he doesn’t notice.

It was my ten-year-old brain that processed the abuse and formed my first impressions about sex. I didn’t have the words or wisdom to understand what really happened, why it happened and that it wasn’t my fault.

3. I believed the lie that because I was sexually abused, all I had to offer were my looks and sexuality.

Somewhere along the line, I began to believe the lie that all I had to offer the opposite sex were my looks and my sexuality. Although intellectually I knew I had value, my heart and mind hadn’t internalized that fact. I felt I was damaged or somehow inferior because of the abuse I endured. This misguided belief led me to promiscuity.

In Made to Crave, author Lysa Terkeurst says, “Desperation leads to degradation.” That quote has rung true in my life. I was so desperate for someone to see my value, love me and stay that I allowed myself to be degraded again and again and again.

If a man was kind to me, that was my cue to run in the other direction. If a man was cruel and complicated, I pursued him.

4. The childhood sexual abuse I experienced affects my parenting choices.

Two years ago, when one of my abusers showed up unexpectedly at a family dinner, I froze in fear. I held my daughter, Ava, tightly on my lap, hyperventilating and reminding myself that she was safe and so was I. I have had recurring nightmares that I can’t protect my daughter from that abuser. That fear has influenced my parenting choices.

There is a small circle of friends who I allow to have sleepovers at our house and vice versa. Ava does not attend sleepovers if the other children invited aren’t on my very short approved list. Friendships have ended because innocent childhood playacting made me uncomfortable.

Ava is not allowed to have her bedroom door closed when she has playdates and sleepovers. She is not allowed to hide with boys while playing hide and seek. I know it takes less than twenty seconds for abuse to occur that will alter my daughter’s life forever, so there is a part of me on high alert at all times.

I am a writer, so it is second nature to me to make each piece of writing a gift that I wrap up with a pretty bow. Don’t we all love a story of redemption that leads to happily ever after? Life is not like that. Life is not fair. It is hard, and it is messy.

I am still a work in progress. I have a good life with more than my fair share of great moments. I am married to my best friend, and I have a daughter who makes the world a more beautiful place because she’s in it. I have a supportive family and a tribe of wonderful friends who I do life with. 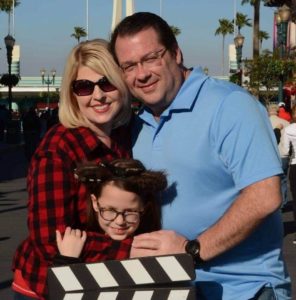 But it is still not always easy to be me or be with me. There are parts of myself I don’t share with anyone. I have failed more than I have succeeded. I have given up when I should have persevered. I have been frozen by fear, thoughts of inadequacy, and lack of focus. These are the cracks in my psyche where the effects of the abuse linger.

I believe that there are countless women out there just like me who were touched inappropriately as a child and believed the lie that what they experienced wasn’t real abuse, and that the abuse didn’t affect them.

I spent a good portion of my life saying how lucky I was because I got away. But the truth is, I didn’t get away. It happened. It was wrong, and I live with the aftermath of that abuse.

When you hear stories of men and women who have endured horrific childhood sexual abuse, you will be tempted to compare your story to someone else’s, and it won’t measure up. 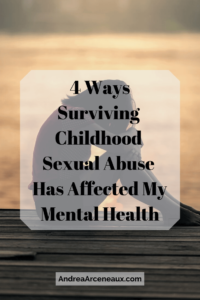