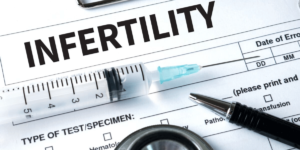 How do you encapsulate three years of heartbreak into a thousand words? The short answer is: You don’t. I thought bipolar disorder was the worst thing that could ever happen to me until it wasn’t.

Navigating infertility made bipolar disorder look like a walk in the park. It took three years and two miscarriages before God completed our family with my beautiful daughter, Ava.

Yesterday was Ava’s ninth birthday. It occurred to me that her childhood is half over, but I still cry when I hear the word miscarriage. And I don’t mean tear up. I mean a full-on ugly cry. One perfect daughter can’t replace the two children I won’t hold in my arms until I am in heaven.

Each miscarriage had its own journey, so I won’t try to cram three years of grief into one blog post. Both of my lost children deserve their own proper story, so this will be a two-part post.

I was never that girl. You know the one. The little girl who brought her bedraggled baby doll everywhere she went. The one who dreamed of being a mom before she had a clue of what that really meant.

I didn’t play with baby dolls. I was into hair and makeup and Barbies. I never babysat and had zero affinity for kids. As a child, I dropped a cousin’s baby on her head which led to a lifelong aversion to holding infants.

Baby fever was never a term that applied to me. Instead, I was the cool aunt who took her preteen nieces under her wing for sleepovers, make up, photo shoots, classic movies, and marathon karaoke sessions.

I never gave much thought to motherhood. It was something I would do later. The voice in the back of my head whispered, “You will never be a mom,” but I refused to believe it. I figured when I was ready to become a mom, I would get pregnant and become one. Just like that.

Who knew all the forces conspiring against conception? I always assumed it would be a simple matter of the birds and the bees and a two pink lines on a pregnancy test. I was wrong.

Motherhood meant nothing to me until I couldn’t become a mother. Then it became everything. 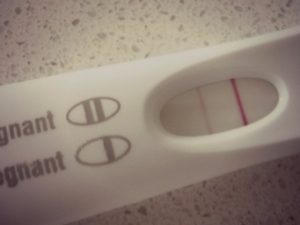 I had my first positive pregnancy test on May 28, 2008—a year after I started trying to conceive. When I saw two pink lines, I was ecstatic. I ignored the voice in my head that whispered, “That second line is awfully light.” You couldn’t be a little bit pregnant, right?

Actually, it turned out you could. I found out the hard way two days after I announced my pregnancy to anyone who would listen. I began spotting and panicked.

I hadn’t even had my first prenatal appointment with my gynecologist. With early detection tests, it is possible to find out you are pregnant before you even miss a period.

It was too soon for an ultrasound, so they did bloodwork. I picked up a pregnancy test on the way home. When I took it, it came back negative. I had my answer before I received the phone call I was dreading.

My doctor confirmed my worst fears, but he took it a step further. He treated me as if I had made the whole thing up. It devastated me, but it was difficult to give myself permission to grieve because of the cavalier way he had treated me.

His lack of support made me second guess myself. Maybe this pregnancy wasn’t real. Could it have been wishful thinking or something more sinister like a delusion?

I did what I always do: I searched for an answer. There was a name for what happened to me. A chemical pregnancy is a “very early miscarriage that occurs before the fifth week of gestation—well before a doctor can detect a fetus on an ultrasound.”

Chemical pregnancies account for “as many as 75 percent of pregnancies that end in miscarriage.” Most women don’t even know they are pregnant because it happens so close to their regular menstrual cycle.

Sometimes a name is just a name. A chemical pregnancy is still a pregnancy. I believe life begins at conception, so it doesn’t matter if the miscarriage happens at five weeks or fifteen. It is still a loss. But knowing something intellectually and internalizing it as fact are two different things.

Walking Out My Grief

Once I accepted that I experienced a bonafide miscarriage, I was livid. I needed a reason. An answer. Why me? How could this happen?

When tragedy strikes, you have two choices. You can draw close to God and receive His comfort or pull away and process your grief alone. After my first miscarriage, I chose the latter.

For days, I walked around our property in circles—stomping my feet and berating God. What ugliness I spewed at God while I walked out my grief! There would be regret later, but in that moment, I had to get the hatred out of me before it ate me alive.

I learned two lessons from my first miscarriage:

1. God is close to the brokenhearted.

“The Lord is close to the brokenhearted and saves those who are crushed in spirit” (Psalm 34:18 NIV).

The further I pushed God away, the closer He drew to me. He knew my angry bravado was just a visceral response to indescribable pain and grief. My reaction did not surprise Him. Although I couldn’t tangibly feel God’s presence because of the way I expressed my grief, He silently stood by me and collected my tears as I cried.

God stood by my side for every stomp, tear and angry word. He stood by me while well-meaning people wished me “Happy Mother’s Day” because I was a married woman of a certain age. And He stood by me at the baby showers of loved ones who became pregnant by “accident.”

2. God is listening, and He answers specific prayers.

“I love the Lord because he hears my voice and my prayer for mercy. Because he bends down to listen, I will pray as long as I have breath” (Psalm 116:1-2 NLT).

After my first miscarriage, I erected a protective barrier around my heart. It was a lonely season of life when my tribe of friends was conspicuously small. As I stomped through my grief, I cried out to God, “I wish I had someone to talk to who really knew me.”

Later that day, my phone rang. It was one of my closest friends from high school. She was out of the country on a cruise. While having a conversation with a stranger, my name came up, so she called me. We had been estranged for four years.

I was now standing at attention. Once God shows Himself to you experientially, His sovereignty becomes personal. He is no longer the God of everyone else. He becomes your God too.

I wish I could end the story of my infertility journey right here. I wish I could say I became pregnant again immediately, there were no complications, and I lived happily ever after. Unfortunately, that is not how my story played out.

Stay tuned! Next week I will walk you through the second half of my infertility journey. I didn’t bury the lead, so you know there is a happy ending, but there were still detours along the way. 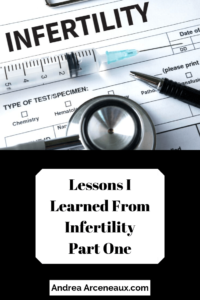