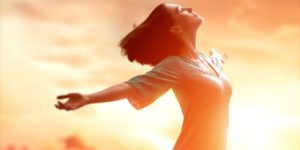 Mania. The symptom of bipolar disorder that keeps people coming back for more.

How do I describe mania? Mania is when my brain is like a car traveling at 100 miles per hour, and it feels like all the cylinders are firing at maximum capacity.

An elaborate fireworks display is exploding in my brain. The colors are beautiful.

I am the best version of myself. I am the smartest person in the room and have the answers to all the existential questions. I am the most beautiful and seductive woman in the world, and I am sure men are standing in line waiting for the chance to be with me. There is nothing I can’t do until I can’t do anything at all.

Here’s the thing about mania: It always blows up in your face. Remember the fireworks and the beautiful colors? They disappear as fast as they came.

And all the answers I had. Well, those disappear too when confusion rushes in to replace them.

Mania is relentless and sneaky. I never realize I have been manic until I am psychotic and trying to find my way back to earth. And when my brain is forced back into reality, I am left putting out the fires started during the mania’s blaze.

I am left with the looks of pity and disgust on the faces of the people who were burned by those fires. Or worse, people don’t look me in the eye or answer my texts and calls. And I wish I was dead because I am so humiliated and can’t even remember most of what I did while mania took my brain hostage.

Because mania is like my brain went on an expensive vacation, and I was not invited. And when mania finishes wreaking havoc, I have to sift through the pieces of my life that weren’t destroyed by the fire and construct a new one.

If I am lucky, all the people I love are still there when the dust settles, but most of the time there are casualties. Collateral damage.

Common symptoms of mania and hypomania (a less severe form of mania) include:

I am in the minority. I hate mania. It obliterates lives and relationships. It causes destruction and embarrassment.

Here is the ugly truth about mania and three reasons I hate it:

1. Mania is always about two steps away from psychosis.

Everyone loves the high of mania, but in my experience, what goes up must come down. And on the way back to earth, there is often a pit stop at psychosis.

If you read my blog post about psychosis, you will remember how horrifying it is—not only for the person experiencing it—but also for the family and friends who witness the bizarre behavior.

I dread psychosis because of how my words and behavior affect those in my inner circle. Once someone has witnessed a psychotic break, they never look at you the same. They may not admit it, but they can never unsee and unhear what they witnessed during the episode.

2. Mania has a disastrous effect on finances.

Reckless behavior paired with impulsivity is a recipe for financial disaster. It is not uncommon for someone in the throes of a manic episode to spend thousands of dollars.

I have been known to spend money on a variety of things—from iPads and computers to unneeded makeup, clothes, and books. I once bought a pair of shoes for my boyfriend’s sister. I didn’t know what size shoe she wore, so I bought them in my size. And no, they did not fit her, but to my manic mind, they were the perfect gift.

Once your loved ones witness the train wreck that is mania, your relationships are never the same. Decisions are made and words are spoken that can’t be taken back.

As I mentioned in an earlier post about relationships, mania can be accompanied by hypersexuality. Pair hypersexuality with impaired judgment and the person who is manic may satisfy those desires outside of their relationship or marriage.

Once people witness manic behavior, they may decide you are too much for them. That your disease is more than they can handle. They will quit answering your texts and calls. They will make excuses, and part of you understands why they do it. Because you wish you could separate yourself from the manic version of yourself too.

What You Can Do

I wish I had a foolproof plan to stop mania in its tracks before it takes flight. The reality is you can take your medication regularly, be under the care of a great psychiatrist, and still wake up manic one morning.

If you are the person who struggles with bipolar disorder, know the signs of mania and seek help at the first sign of distress. If you haven’t slept in days, have racing thoughts, and an uncharacteristic overabundance of energy, be on high alert. Contact your psychiatrist immediately and formulate a plan to restabilize your mood.

Be gentle with yourself if mania sneaks up on you. That is its modus operandi. I have never known I was manic until it was too late.

If you love someone with bipolar disorder, you may be better equipped to recognize the symptoms of mania. Take steps to help your loved one seek professional help. Talk to them about the symptoms you have noticed and suggest they contact their psychiatrist.

Be prepared for a fight because if I am completely honest, mania is fun until it isn’t. For the person in the middle of a manic episode, they don’t see the symptoms and destruction, they only taste the high.

Be there anyway. Because when the flames burn out, they will need a safe place to fall.

Before you leave, subscribe to my email list. You won’t want to miss out on more bipolar basics, my weekly devotionals, and latest blog posts jam-packed with helpful strategies you can apply to your life. As an added bonus, you will receive a free download of my top five favorite bipolar disorder resources.